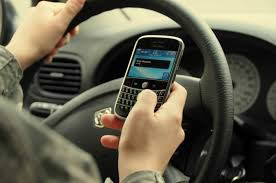 After more than 30 years of representing injured clients in court I had the table turned on me recently--I was subpoenaed into court as a juror on a rear-end auto case! Despite the time away from the office I was excited for the opportunity to view a case from the eyes of a juror. I made it through the judge's and attorneys' questioning during the voir dire process, but then was dismissed by the defense counsel, presumably because he thought that representing thousands of clients against insurance companies would have biased me. But my day in court was an interesting learning experience and I'm glad I had the opportunity. I learned that jury service starts out with waiting--lots and lots of waiting! I'll redouble my efforts in the future to get cases started on time and moving along as much as possible but I fear waiting is just part of the process. The most surprising thing I learned occurred after one of the attorneys asked all the prospective jurors whether they thought driving today was safer than it was ten years ago. Despite the fact that almost all autos on the road today have airbags and seat belt use is mandatory, every single juror believed that the distractions caused by cell phone use and in particular, texting, make motorists today much less safe than we were ten years ago! The seconds it takes to look down from the road to dial or answer a phone call, text a quick message or just to glance at an email are seconds that all too often lead to an accident. Recent news reports indicated that a limo driver may have been on his cell phone in the moments leading up to a fatal fire on a California highway. We regularly request cell phone records of a driver in an injury or fatal accident. Cities and states are outlawing the use of cell phones while driving in an effort to reduce "distracted driving" which has been equated to drunken driving as predictor of injury accidents. Although the question was not asked during my recent experience with jury service, it seemed that each of the jurors would treat a driver who caused an accident while distracted by a cell phone harshly. This would be understandable, too, in light of the warnings to not "txtndrv." Now that seemingly everyone has a cell phone it is time that everyone learn to use them safely. I urge each of you to just say no to the phone the next time you get behind the wheel. We'll all be safer! ~ Stuart F. Cubbon, Esq.